These tropical paradises are lovely.
The sun shines every day, the water is warm and the people away from the big cities are friendly and have the easy way of living despite their very "limited financial possibilities".
But where there is light there is also shadow and this is called Typhoon here in Southeast Asia!
For days we had been watching the development of a depression thousands of kilometers east of here in the South Pacific near Guam.

The low pressure area developed into a tropical storm and a typhoon just outside the Philippines.

We leave our anchorage to the west where we can find sheltered bays that keep out the dangerously high swell.
In order to be able to observe the storm progress in the weather forecast on the Internet, we anchored in front of the small town of Liminangcong.
One thing was clear: it will be nasty and it will get us. The only question was how hard. Where will the eye of the typhoon sweep over Palawan?
East or West of us?
There is a particularly dangerous area in a typhoon and we wanted to avoid it if possible and therefore choose our anchorage at the last minute.

On Friday Rai should reach our area, so on Thursday we decided to go to a very well protected bay.
Tough mud with good anchorage, 10m water depth, a bay within a bay.
We use an old anchoring technique called "catenation" or tandem.
Two anchors are connected to each other with a strong rope. This rope should be equal the depth of the water, so that both can absorb the pulling force of the wind. In addition 80 meters of anchor chain and plenty of space for the boat to move on the anchor.
We dismantled everything on deck, got down the solar panels, the sun roof and fixed the dinghy to the deck with lots of strong ropes in a storm-proof manner.
Gradually the barometer dropped to 975 hectopascals and the dance began.

The wind waves did not exceed the 2 meter mark here in the sheltered bay, but the noise was that of a jet taking off and Odin tugged and hopped on her chain with a wind of up to 140 kmh .
But the anchors held!
When the wind gradually subsided after many hours, we knew that we are safe and we lay down on our bunk.

The small fishing village in front of which we anchored was also lucky.
Except for a few sunken outrigger boats and a few missing roofs, there was no major damage that these people have to repair on their own and without electricity or help from the government. When we got internet connection again we heard that yachts were sunk at anchor in El Nido or washed up on the beach and that one of our sailing friends and his girlfriend wanted to sail out of the way of the roughest wind. They wanted to sailed towards Borneo before the storm was overtaken by the unpredictability of the typhoon.
They have been missing ever since.
We know he is an experienced sailor and we hope that he will reappear unscathed. 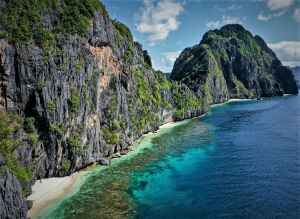 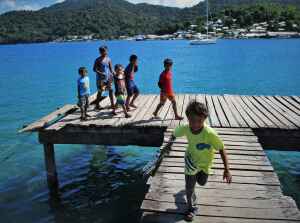 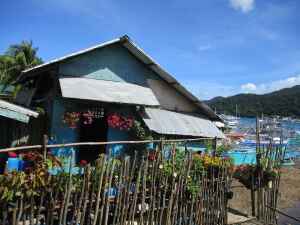 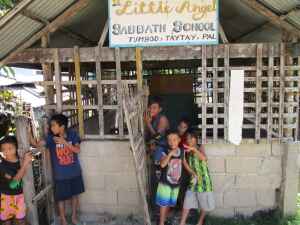 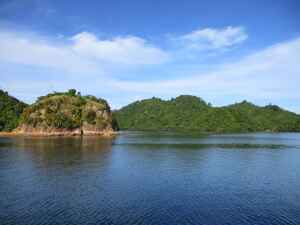 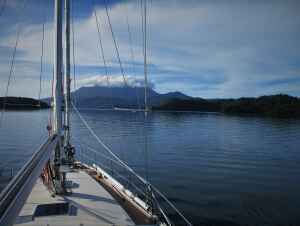 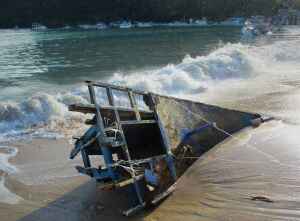 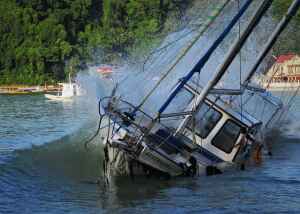 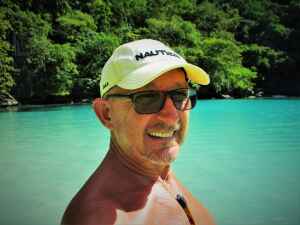