Over the years, many airworthy inhabitants of the planet earth have chosen to shit on Odin.
There were little swallows who had used Odin from the top of the mast as a toilet or large gulls, boobies or pelicans who found it irresistible to collectively poop on Odin from the top and down the deck.
But this time we had new visitors to our floating bird toilet. Huge flying foxes set out to beautify the deck with their blobs.
One thing I can tell you: flying fox shit stinks!
As if it is not problem enough to clean everything again, the heavy critters hung head down on wiring in the top of the mast and thus disconnected the connectors of the Wind indicator..
Frel had once again get on top of the mast to take care of the problem.
Every night, thousands of flying foxes pull over Odin, apparently we're right in their approach lane.
Even when it is nice to watch Batman's friends in the evening sky as they fly to their feeding grounds, we'll have enough of them to whack us and visit some of the surrounding islands where life is not so crappy. ;) 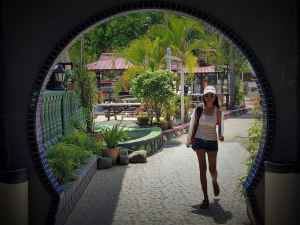 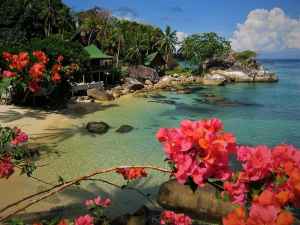 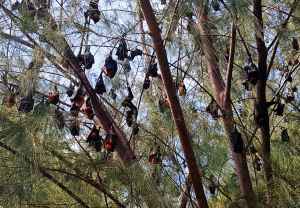 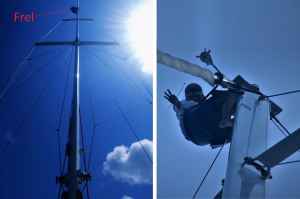 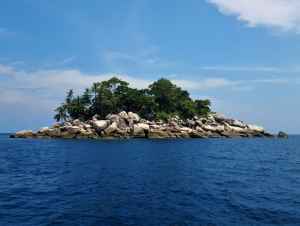 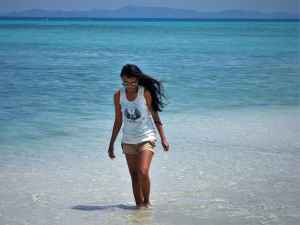 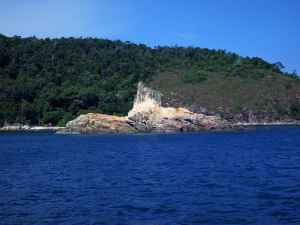 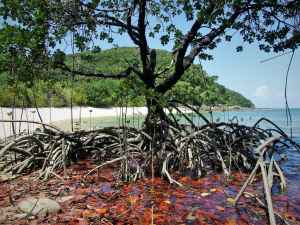 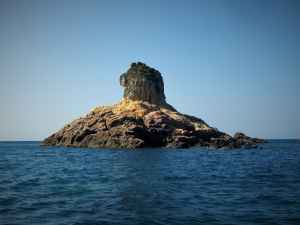 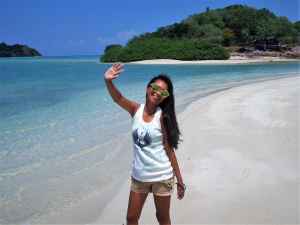