Walking on the moon

"Ms. Moon had a very naughty son, and one day he was so wild with his jokes that he fell from the sky and has been living on this island ever since."
So at least we understood the story and an Indonesian fisherman with hands and feet told. Moonrock Bay between the uninhabited islands of Pulau Sama, Pulau Cina and Pulau Sagudampar is a dreamlike bay of absolute South Seas quality.

It requires a lot of attention when navigating between the countless coral benches and heads to the anchorage, but once the anchor has dropped you are lying quietly as in a sheltered marina. Only more beautiful! ;)
This bay has been called Moonrock bay because the locals believe that this rock is the son of the Moon whose been so nauthy. We look at the son of Mrs. Moon from below and decide to climb it believing that from the top, the view over the bay must be terrific.
It took some time to find our way up through the dense jungle, but once we arrived we did not want to leave.
On the other side of the island there are very picturesque two bamboo huts where we often hear dogs barking.
Unusual, as the Anambas Islands are Muslim, so dogs are not the most popular pets.
We decide to end our "walk on the moon" and pay a visit to the cabin dwellers.
We are astonished to see that they are europeans who have created their own little paradise on the island. A German - French family with 2 daughters.
But that is not interesting enough,interesting is the fact that they are eating like our forefathers the caveman or the apes - they are raw food eaters.
Not vegans, because they also eat meat, but like everything else.. Raw!
Sounds weird at first, but when I think about it, I have not seen a monkey with a microwave or frying pan.
Everything is grown and the seedlings are also harvested from the seeds of the fruit eaten.
Well, the family lives happily in their little paradise and wants to bring this paradise and its way of life closer to other people in our stressed society.
So they are just about to offer individualists the opportunity to offer a holiday away from any so-called blessings of civilization on their own beach ... with raw food from their own forest.
Well ... good luck! 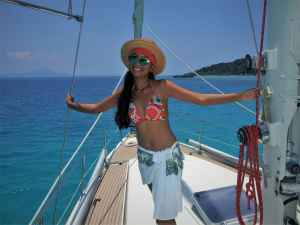 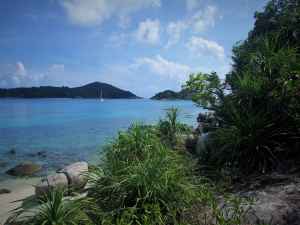 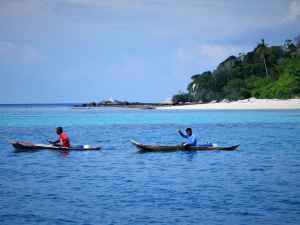 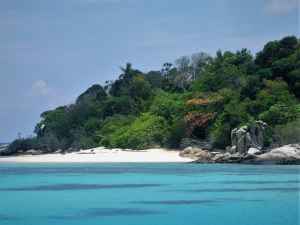 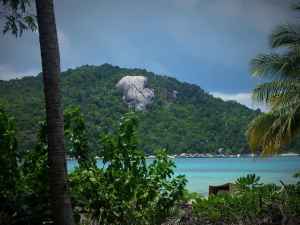 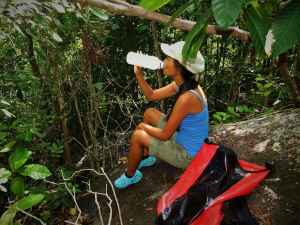 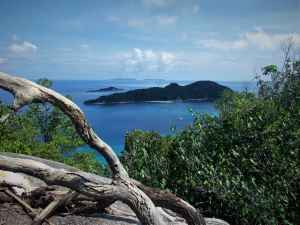 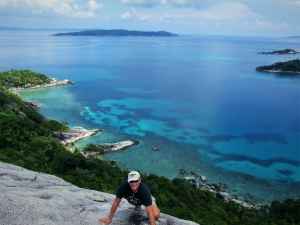 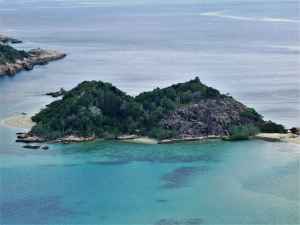 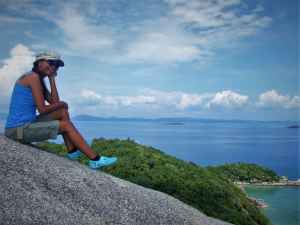 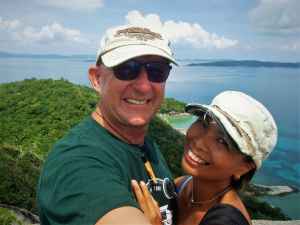 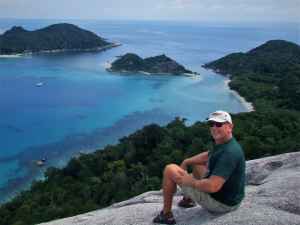 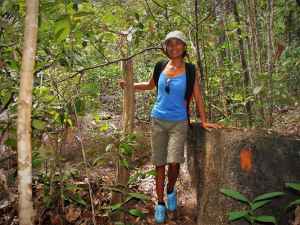 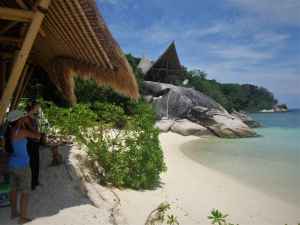 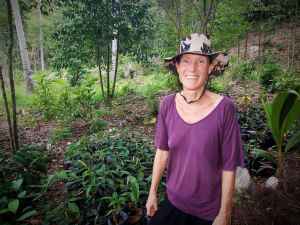